DWTS = Dine With Turkey and Stuffing?!

I recorded my Buffalo Bills' segments for the upcoming "Thurman Thomas Show" late last night. Most of it got done before the "Dancing With The Stars" finale with the rest after Jennifer Grey and Derek Hough won it all! Yes, I predicted they would earlier this month on: DQ on DWTS? Also on that blog post, a nice picture of Josh Hamilton, who played for the Cincinnati Reds in 2007, but won the AL MVP award yesterday with the Texas Rangers! Lots of football players have done well on DWTS - including:
- Cincinnati's Chad Ochocinco
- Kurt Warner on the most recent edition (season 11)
- NFL Hall-of-Famer Emmitt Smith winning it all in 2006
- Warren Sapp
- NFL Hall-of-Famer Jerry Rice placed second in season two

With US Thanksgiving tomorrow + my recent fascination with Cincinnati + my great memories from radio: 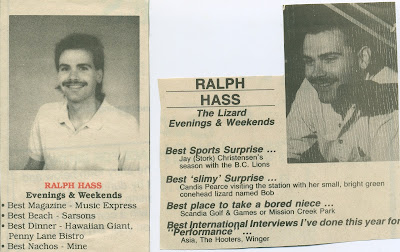 Let's roll this clip:
Happy Thanksgiving to all my US friends!
May you DWTS! (ie. Dine With Turkey and Stuffing)
Posted by Ralph Michael Hass at 11:47 am