In Vancouver- just realized you guys got my twitter up to 30 million followers?!?! So cool considering I only tweet about my cat and food.
— Taylor Swift (@taylorswift13) June 29, 2013

One of my top blog posts came in the summer of 2010:
The CATS are in charge!
It ended with these famous words:
No, I am not on Twitter yet. Once my cat, Bunzo, is on there, I will consider it:)
For the record, I officially joined Twitter in early March of 2011:)

===============
The major league home run leader reached 30 with two yesterday. Chris Davis of the Baltimore Orioles actually played for our Kelowna Falcons a few years ago.

I was at the Kelowna Falcons game this past Wednesday with my daughter and tweeted out a picture of NHLer Jordin Tootoo throwing out the first pitch. By the way, Jordin Tootoo is 30 years old. I almost won the $760 dollar 50/50 jackpot at the game:) A lady two rows in front of us won as my ticket was just two numbers off:(

===============
The NHL Entry Draft has been taking place this afternoon. Flashing back to 2001, Jordin Tootoo was taken 98th overall in the fourth round by the Nashville Predators. Today, Nashville picked fourth overall and added to their depth on the blueline with Seth Jones. Colorado picked first. In the Avs' situation I would have picked Jones. Seth learned about hockey growing up in Denver, where his dad, Popeye, was a pro basketball player. The marketing wheels were in motion but MacKinnon was Colorado's man. Congratulations Nathan and all NHL draft picks!

Posted by Ralph Michael Hass at 4:17 pm No comments:

BC History Is Made & Plenty of Dancing (cue Phil Collins!)

Happy 30th Birthday yesterday to BC Place in Vancouver!
Last night, the Vancouver Whitecaps soccer team celebrated the occasion with a 3-1 win over Chivas USA.

21 years ago this month I got to enjoy Phil Collins and Genesis at BC Place. Here are some #ThrowBackThursday items: 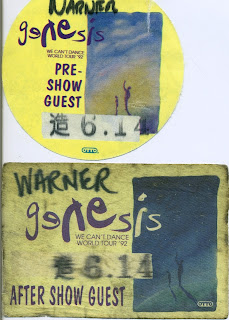 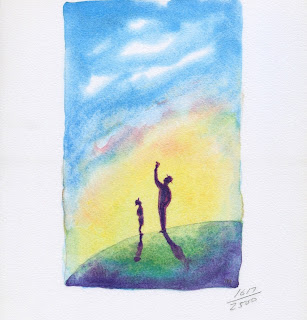 This is a limited edition lithograph for "We Can't Dance." There is an autographed one somewhere in our house - but in our move six years ago, it got lost in the shuffle:)

**Want to throw your back out on this Thursday? Then try some of the moves in these 77 memorable and not so memorable Hollywood movie dance scenes.**

You can also watch Phil Collins (when he had hair!) on "I Can't Dance." His best moves are saved for the end after being upstaged by a lizard at the beginning...

Posted by Ralph Michael Hass at 1:17 pm No comments: 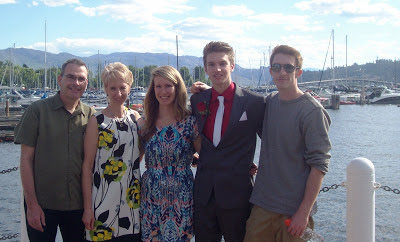 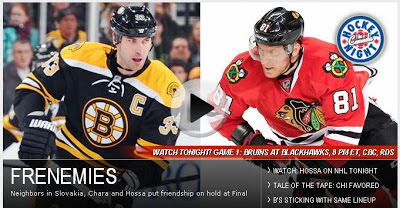 Posted by Ralph Michael Hass at 1:59 pm No comments: