It has been a record setting month for sunshine and hot weather here in British Columbia!


Kelowna has had a great weatherman/humanitarian on TV for forty years. But retirement is finally in the forecast for Mike Roberts on September 6th. He will no doubt be playing a lot more golf. Many NHL players do a lot of golfing here in Kelowna and the Okanagan.

Yesterday, Sports Illustrated released their list of the 12 greatest hockey commercials! The Vancouver Canucks are represented by the Sedins and Markus Naslund. Click here.

Hot off the press today, this could have made it a lucky 13 list:


Stay out of trouble and stray into the water (or an air-conditioned voiceover studio) to beat the heat. But be safe!

Posted by Ralph Michael Hass at 11:23 am No comments:

I am a man of many sports and many shorts... 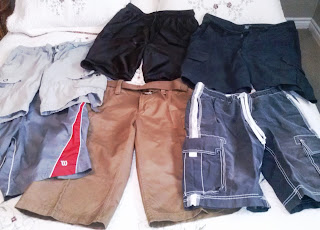 The copper pair were just added to my collection...

If I was Luongo, I would retire from the Canucks (like Kovalchuk in New Jersey!) and concentrate on a poker career. Unfortunately, Lady Luck was not with Luongo recently in Las Vegas.


It IS going to be a LONG season in Vancouver...

Posted by Ralph Michael Hass at 11:14 am No comments: