Too bad I didn't place a bet yesterday on the Grey Cup! 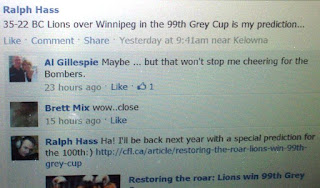 Our team in British Columbia, the Lions, won 34-23 in front of 54, 313 fans at BC Place Stadium. An amazing turnaround as they started the season 0-5!

Let this be an inspiring message for the Buffalo Bills, who have dropped four straight now to sit at 5 wins and 6 losses. The Jets (not Winnipeg's) beat us yesterday, 28-24.

Also, in the past seven seasons a team with a losing record after 11 games has made the NFL playoffs:

Go Bills!
Here is another prediction for you: the BC Lions will win the Grey Cup again in 2012!
Posted by Ralph Michael Hass at 2:09 pm 2 comments: 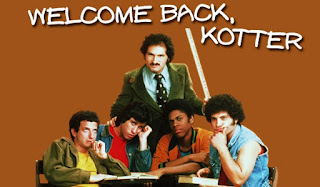 Posted by Ralph Michael Hass at 5:01 pm No comments:

Best Deal Ever at McDonald's?

That's what my script said yesterday for another Buffalo Sabres' sponsor read. I thought about going to McDonald's for my lunchtime coffee BUT I opted for my usual Tim Hortons. 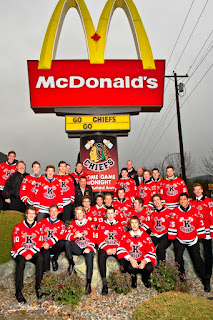 Nice to have McDonald's on board though as a sponsor again with the Kelowna Chiefs. Building Stronger Community is the motto for this season.

Posted by Ralph Michael Hass at 9:31 am No comments:

Kelowna is home to some retired CFL football players. That was the front page story last Friday by Warren Henderson of the Capital News. Here is the link. 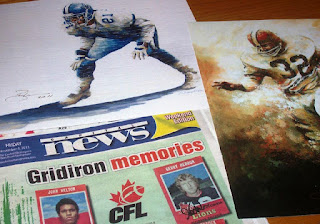 On Saturday morning I had a great breakfast with NFL artist, Bob Mueller. He gave me several prints - including Deion Sanders as a Dallas Cowboy (the Buffalo Bills' next opponent) and Jim Brown, who many consider the greatest running back in NFL history. Deion made the Hall of Fame this summer and I love how he opened his speech!
Bob is a great speaker too!
Check out the link to an interview in late September on my blog.
I have not linked to any of my "Thurman Thomas Show" game recaps since late September so let's catch up:)
Crazy Sunday statistic from the NFL: Patriots receiver Wes Welker had 9 receptions for 136 yards. Compare that to Chad Ochocinco, who has 9 catches for 136 yards ALL season. Ouch!

Posted by Ralph Michael Hass at 5:05 pm No comments:

Last month, we had the chance to take in the movie "Courageous." Honor Begins At Home is what the tagline should read below. Sitting behind us at the Kelowna movie theatre was the stunt coordinator on the film, Jimmy Broyden. It was great to meet him. Jimmy has an awesome resume!

Posted by Ralph Michael Hass at 7:41 pm No comments: