Vince Carter, Space Jam, Bob Bergen & a Sign For These Times We Live In

A few things for the 15th. Let's begin a month ago🏀

Vince was at it again last night scoring 20 points as the greatest Toronto Raptor of all-time led the former Vancouver Grizzlies (now Memphis) past Utah, 102-96. He's not slowing down even though he will turn 40 in two months!

Today is the 20 year anniversary of the release of the movie "Space Jam" aka the day the world changed forever. pic.twitter.com/nrwTw4Ejpy
— Johnny Gargano (@JohnnyGargano) November 15, 2016

Congrats to the voice of Porky Pig - Bob Bergen!
"When I was 5 years old I told my parents when I grow up I want to be Porky Pig. My Mother told me Honey, you can't be Porky Pig. You're Jewish" --Opening line of the one man show, Bob Bergen: So, Here's The Deal!
Read more of Bob's bio and amazing voiceover/animation credits here.

I had a tweet go viral a couple of months ago:

Posted by Ralph Michael Hass at 12:02 pm No comments:

My custom Toronto Blue Jays jersey arrived yesterday! On the back is the family name - with J. A. Happ's #33. It was his 34th birthday yesterday🎂 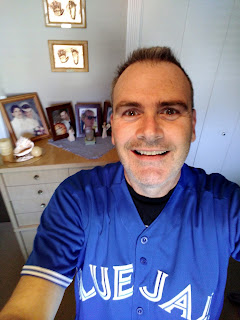 The Jays' Jose Bautista also had a birthday (#36) on the day (19 - also his number) he probably played his last game as a Jay. Cleveland's pitching dominated the American League Championship series against Toronto as they won four of five games!

Cleveland had two players who also had birthdays yesterday: pitcher Josh Tomlin and outfielder Rajai Davis (who once played for the Jays).


Cleveland's first base coach and one of the most famous Blue Jays of all time smiled for the cameras for their Dad's birthday.

Guess who just found an old Cleveland cap from back in the late '70's? 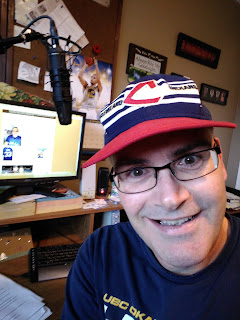 The player who's story inspired me was Andre Thornton. He was on the Montreal Expos briefly in 1976 before playing the next ten years in Cleveland. As Wikipedia says, In 1977, Thornton and his son Andy (André Jr.) were injured in an automobile accident that took the life of his wife Gertrude and three-year-old daughter Theresa Gertrude. In 1983 he wrote the book Triumph Born of Tragedy, which is an account of the accident and his Christian faith.

Andre Thornton was inducted into the Cleveland Indians Hall of Fame in 2007.

He started off his baseball career with the Chicago Cubs in 1973 and was there for three seasons.

I can only imagine how cool it would be for Andre "Thunder" Thornton to see the Cubs and the Indians play eachother in the World Series. Chicago and the Dodgers are playing game five tonight in LA as the National League Championship series is all even at two wins apiece.

Posted by Ralph Michael Hass at 12:21 pm No comments:

This is a quick followup to my last post:
SC Top 10! I'm Staying Creative Sports Fans.

Did you know this year was the 100th Anniversary of Nathan’s Famous Hot Dog Eating Contest? Check out the recap.

Swift Current is on the map for TV hockey on Sunday. Here is my promo as SB plays host.


What was I up to the last two days? New voiceovers and editing for my 9th season of imaging for the Buffalo Sabres on MSG-TV. They start their season with four games against Canadian teams. The Vancouver Canucks host their expansion cousins on October 20th. They each won 24 games in their very first NHL season in 1970/71. Jack Eichel led the Sabres last season with 24 goals while Daniel Sedin had 28 for the Canucks.

Posted by Ralph Michael Hass at 3:42 pm No comments:

The first two SC's are here! Can't miss them below.

San Diego is in Southern California. Classy city who hosted the baseball All-Star Game this week. Sorry about that BC group (The Tenors) that took liberties with the Canadian national anthem!

The 10 Worst National Anthem Performances Ever include Rosanne Barr at #2 at a San Diego Padres baseball game on July 25, 1990.

Here I am with two of the ladies in my life:
SCrabble (6) footage with my wife and me as Santa Claus (7) with my mom! 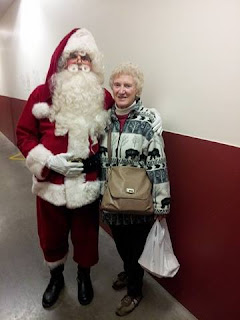 From just over a week ago, a (8) South Carolina baseball team loses their minds after making the SportsCenter (9) Top 10!

I heard if you want to get more readers and viewers of your content, post about CATS. That was one of my most popular posts ever in the summer of 2010: The CATS are in charge! But I thought I would end my SC Top 10 with a music link to the Stray Cats (10) and their rockabilly music🎶 🎶

Posted by Ralph Michael Hass at 1:45 pm No comments:

If you drive on Highway 97 here in sunny Kelowna and you see all those Albertans and American tourists making Highway 97 busy, keep this in mind:

Kelowna's mayor is a big Edmonton Oilers fan! He retweeted me below.

Wonder if the mayor will vote in my Oilers poll? I think he'll be happy with the results...

Will the #Oilers make the playoffs in their first season in their new arena?
— CanuckStruck (RH/DC) (@CanuckStruck) July 6, 2016


The mayor is even a bigger fan of the Kelowna Rockets I bet! They even drafted a goalie with his last name a couple of months ago. Just click on the Twitter link below to see Roman Basran.

The Kelowna Rockets are announcing their new coach this afternoon. Stay tuned... 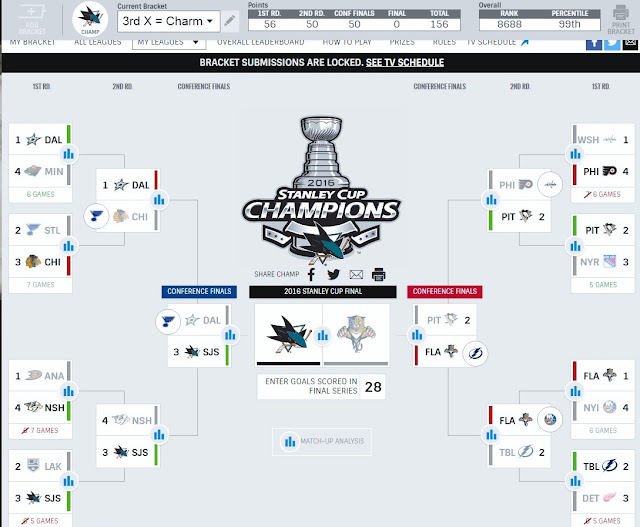 Deer In the Headlights?

Look who I encountered on a hike last weekend!
You are going to see a lot of TV highlights with Red DEER. The Rebels are on the road tonight taking on the Brandon Wheat Kings as the WHL playoffs continue. Cue the announcer (ME)!


My hometown Kelowna Rockets are in the Western Conference Finals hosting the Seattle Thunderbirds. GO Rockets!

Voiceover guy Tom DHEERE just experienced the lights and action in Las Vegas for a convention. He also got "socked" by Liz De Nesnera, a New Jersey Devils fan! Should Liz be penalized for her actions? The answer is no. You can read about their exchange here.

Posted by Ralph Michael Hass at 12:03 pm No comments:

I am on board with this new initiative✈✈ Meet #RALFH, WestJet’s newest innovation in inflight comfort https://t.co/JVFxi7qRL6 via @YouTube
— Ralph Hass_VO Actor (@RalphH_VO) April 1, 2016

From 220 employees to more than 13,000, WestJet has grown exponentially during the last 20 years.

In 1996, an upstart airline with only three Boeing 737s started flying to five destinations in Canada, including Kelowna. More in this Leap Day article from Castanet.

Posted by Ralph Michael Hass at 10:04 am No comments:

Bonding With the Buffalo Sabres?

Some James Bond themed photos for you!

Ralph Fiennes was featured in my last blog post and he has been in the last two Bond movies: "Spectre" and "Skyfall." The latter had a pretty spectacular fight scene on and under the ice. How did they do that? Let's go behind the scenes here. 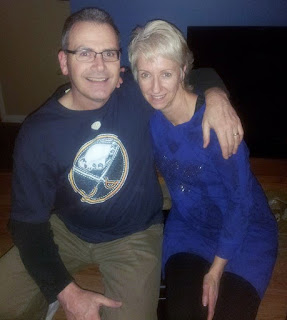 My wife makes me smile a lot more than the Buffalo Sabres and James Bond...

Posted by Ralph Michael Hass at 10:41 am No comments:

That Ralph Is Fine! Fiennes and Lawler

Voiceover coaching from Ralph? NOT me - but Fiennes, begins thirty seconds in. "Hail, Caesar!" opens on February 5th. Judging by the results of the coaching, practice does not make perfect...


Ralph Fiennes is also lending his voice to a couple of animated movies. One is "Kubo and the Two Strings" (with a tentative release date this August) and in just over a year, "The Lego Batman Movie".


From Kubo to Kobe, we are two days away from the 10th anniversary of the legendary Laker scoring 81 against the Toronto Raptors. Practice made perfect that night for Kobe but, oh, how times have changed. Kobe is wrapping up his final season as LA has the second worst record in the league at 9-34. Toronto is hosting this year's All-Star game and is second in the Eastern Conference at 26-15, trailing only the Cleveland Cavaliers.
Hail, Cleveland? Not in these parts...

There is a Ralph who rocks the mic for the LA Clippers. Ralph Lawler is getting a star on Hollywood Walk of Fame this year! Who else is on the list? Click here.

Posted by Ralph Michael Hass at 3:54 pm No comments: