Quite the musical collaboration here - and notice the red shirts worn by two of the musicians:


Ralph is also rockin' the red as we get ready for the release of "Wreck-It Ralph" on November 2nd:

This one just in "hot off the wire." You know, I don't consider poker a sport...

Posted by Ralph Michael Hass at 12:22 pm No comments:

This is my first Father's Day without my Dad.

On the morning of June 26 2011, my Dad passed away after a long and brave battle with cancer.

Emil Hass was born on October 10, 1927 in Neu-Sarata, Bessarabia () to Johannes and Helene Hass. He had a happy childhood growing up on a farm together with his twin brother, Herbert, and four older sisters, who probably spoiled their little brothers. In 1949, due to the war, my Dad’s family left Bessarabia and eventually settled in Schmoel, .

My Dad later moved to in south-west and would finish a three-year apprenticeship at a bank. In 1953 my Dad decided to follow his parents, two sisters and his brother, who had already emigrated to locations in and the . My Dad settled in , where he worked in the hospitality industry at the popular Petroleum Club. It was in 1963 that he married Marianne Braun, and the couple were blessed with two children: myself and David.

Several years later my Dad really wanted to move to , where his father, sister Emma and brother Herbert had settled in Oliver and Osoyoos. So, in order to be able to find work in BC, he learned the trade of floor layer. In 1972, the Hasses moved to . This was a great place to raise a family – including our cat Mushy!
My Dad retired when he was 63. Some of his favorite activities included summer BBQ’s, throwing a frisbee and taking pictures. He loved going on long car trips. He visited his sister in state, driving there for the second time in a small Volkswagen. Emil loved playing cards with friends, grandchildren and neighbours. He stayed active in the great outdoors. My Dad’s grandchildren were a wonderful blessing to him as they grew up and Opa always took pride in watching Ashley’s volleyball, Justin’s baseball or ’s basketball.

In his later retirement years my Dad took up golfing as he was “too young” for that sport earlier on – when he preferred downhill skiing and playing tennis. However, after two hip replacement surgeries, he was not able to do those sports anymore. But my Dad still rode his bike!

I look forward to celebrating my Dad's memory more with a Father's Day lunch with my three children at my Mom's. God bless all the Dads who have helped shape and mold us!
Posted by Ralph Michael Hass at 11:23 pm No comments:

Here is my latest TV commercial for the Buffalo Bills:

My friend in Buffalo, Peter O'Connell, is getting kids excited there about going on a rollercoaster! Check it out here. My stomach could not take that ride Peter...

But my stomach enjoyed my son's birthday cake yesterday... 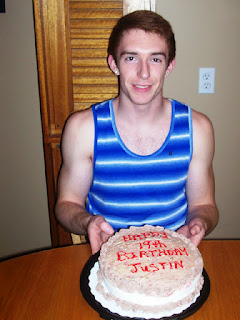 A sea of blue will be in Oklahoma City again tonight as the kids on the second youngest team ever to reach the NBA Finals are playing. The Oklahoma City Thunder are trying to go up 2-0 against the Miami Heat. The Portland Trailblazers had an average weighted age less than OKC's 25.6 years in 1977. Remember Bill Walton, Lionel Hollins and the late Maurice Lucas in the Pacific Northwest?


Remember the Oklahoma City Thunder were based in Seattle just four years ago? Ouch!

They grow up quick...
I love being a Dad!

Posted by Ralph Michael Hass at 5:42 pm No comments:

Congratulations to the Los Angeles Kings, who won the Stanley Cup last night! As I predicted before game one on May 30, it took six games to get past New Jersey.

Is it tougher for teams with red in their uniforms to win championships? 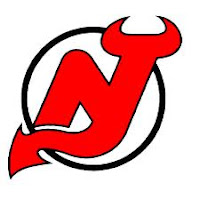 Posted by Ralph Michael Hass at 5:28 pm No comments:

Rush has a new album coming out in five days: "Clockwork Angels." Similar in spelling to Rush is Usher and his seventh studio album is out on June 12th as well. Justin Bieber has a new album out June 19 and Billboard has the list of other summer albums to look forward to here.


Just met #Kelowna's biggest @rushtheband fan while in line at Superstore. Has seen them in concert 12 times since '86! youtu.be/ZcFGrWjOX0E
— Ralph Hass (@RalphH_VO) June 7, 2012


Below, music and voiceover fun with Dan Hurst!
Yes, those letters are similar in spelling to Rush and Usher. Here is Dan's latest blog post to Step Up your voiceover career! Great advice Dan! Let me just say I can't do number three because I have a loyal cat named Bunzo:) And for point five I would subtitle it "Think Outside The Box."

By the way, John Cougar Mellencamp is a hop, skip and a jump away in Penticton, BC on June 14th.

Posted by Ralph Michael Hass at 4:13 pm No comments:


I worked for Warner Music Canada between 1991 - 1996. It was in 1995 that we launched Alanis' amazing career! So many memories...including my typewriter:) 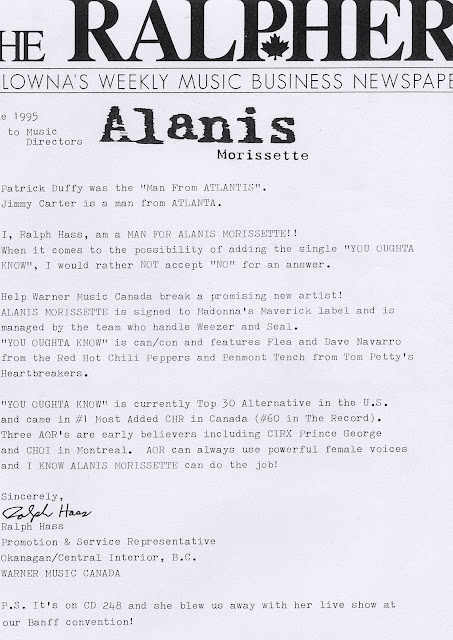 Posted by Ralph Michael Hass at 1:51 pm No comments: