Santa Sightings and Singing In Chicago!

Yes, I along with others, put my best foot forward yesterday!

'Tis the season for more Chicago Cubs jokes as the World Series is NOT featuring them AGAIN:) Congrats to the San Francisco Giants and Kansas City Royals - who play game three tonight!

PS I think Santa Claus is more of a hockey fan than baseball fan anyway as the sport has such strong roots in the north (Canada!).

Hot off the press today. it looks like there will be some rockin' at Wrigley next summer...

Posted by Ralph Michael Hass at 1:11 pm No comments:

Smile (even Sing the Anthem) If You Are A Hockey Fan!

This year is my 7th handling #voiceover imaging for the @BuffaloSabres & 8th for the @WHLonShawTV:) http://t.co/g9rUy1uIxl
— Ralph Hass_VO Actor (@RalphH_VO) September 23, 2014

Guess who else Has The VOice when it comes to hockey?

Mark Donnelly is a real pro as an anthem singer for the Vancouver Canucks. But he took a bit of a tumble on a trip in Penticton last Friday! See him NOT miss a beat right here.

The Calgary Flames' anthem singer has announced she is stepping back from the mic after 16 years. Heather Liscano gave a farewell performance tonight in Calgary BUT the Flames couldn't send her out on a winning note. The Canucks won 4-2 and that makes me smile!

Posted by Ralph Michael Hass at 12:29 am No comments:

Moms Deserve Only The Best!

The best defensive player in the NFL just did this for his Mom!


I've wanted to be able to do this my whole life. For all you've worked & sacrificed, you deserve it. Happy B-Day Mom! pic.twitter.com/oP1AWQwGwu
— JJ Watt (@JJWatt) October 1, 2014


I noticed some cartoons in our local paper today had fun with Mom... 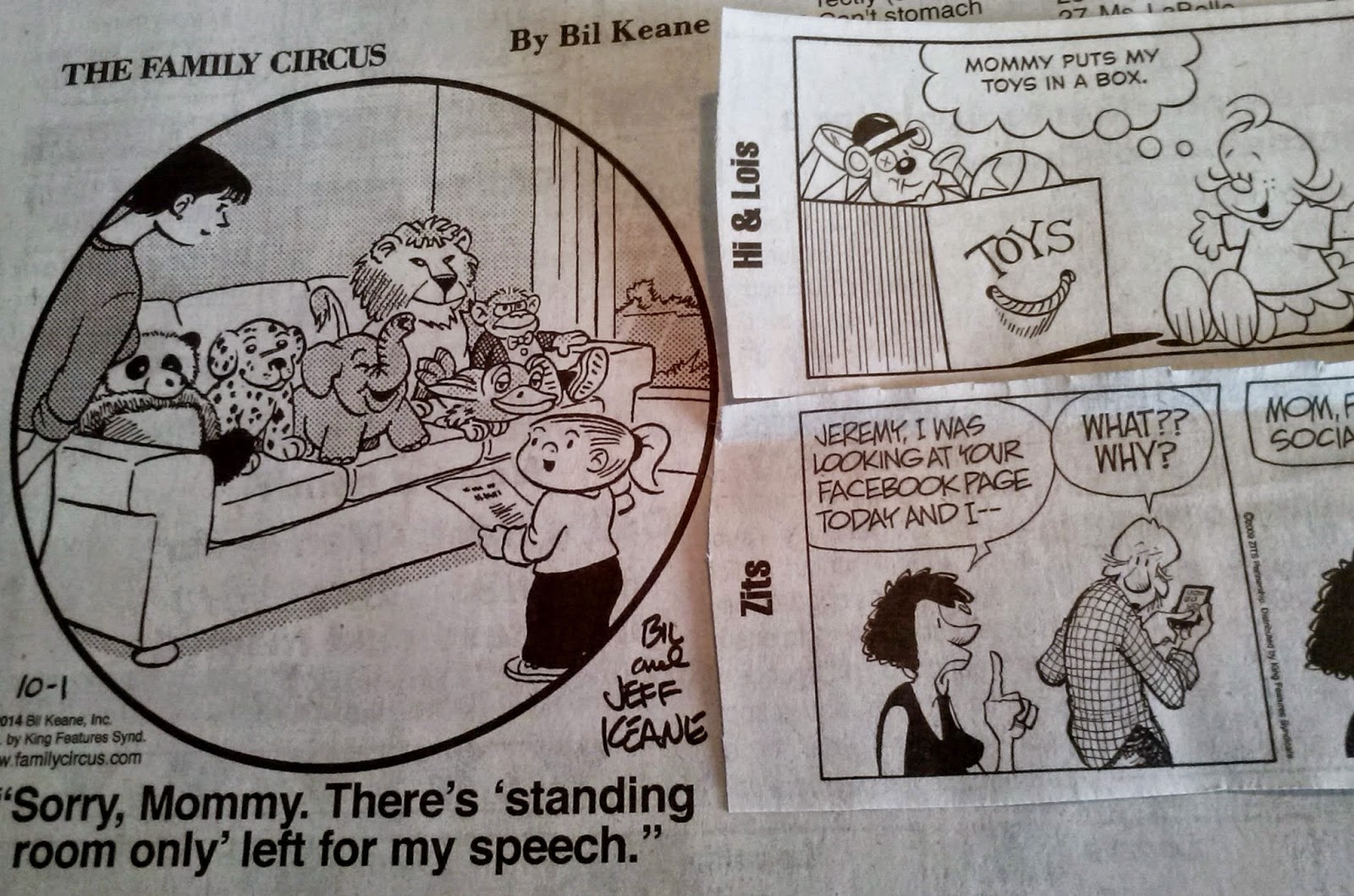 You can see the outcomes (in color!) for Hi & Lois here and for Zits here.

My last post was titled:
Family Numbers Are Better Than Football Or Social Media Numbers!

Could have called this one:
Family Members Are Better Than Football Or Social Media Numbers!

Three cheers for Mom! Send her some love - even via Facebook if you are miles apart...

Posted by Ralph Michael Hass at 4:21 pm No comments: