Buffalo is on a roll! They won their fifth straight - tonight against Washington, 3-1. Number 55, Jochen Hecht, had 2 goals and an assist. His first goal came at 10:55 in the first period. The Sabres looked sharp in sweeping Montreal Friday and Saturday night. We won at home first, 4-2, then backup goalie Jocelyn Thibault shutout Montreal in his hometown,
3-0. He played for the Habs from 1995 - 1999.

Next up for the Sabres is St. Louis, a team I have supported as a fan over the years. In fact, I wore my Blues jersey proudly over the weekend as they beat Vancouver 3-1. Jochen Hecht actually played for St. Louis between 1998 - 2001. The Blues will be

tough; they have won five in a row at home - BUT unfortunately for them they will be playing in Buffalo Wednesday night. There is a number 55 on St. Louis too: Christian Backman. Buffalo fans will remember another blueliner who is there now: Jay McKee. After ten years as a Sabre he signed in St. Louis last year. Until the Canuck game he was a scratch in five straight though.

The National Hockey League was founded on this date in 1917 in Montreal after a series of disputes within the (Canadian) National Hockey Association (NHA), which would see the NHA suspend operations and the new NHL start play. Montreal fans will also remember this date in 1984 when Guy Lafleur retired after 14 years and 518 goals with the Canadiens. Relive the memories with this YouTube footage!

Another classic Habs moment happened on November 26, 1958 when Maurice "Rocket" Richard scored his 600th career goal at Madison Square Garden in New York City. The current roster of Montreal does not have a number 55 - but there is a # 54: Mikhail Grabovski. Like the Sabres' Jochan Hecht, he was born in Germany. Here in Kelowna we cheer local boy Josh Gorges on!
Posted by Ralph Michael Hass at 9:36 pm No comments:

The 16th annual "Living Nativity" is coming to my church December 7-9. This video with my voiceover is "hot off the press" and will be shown during weekend services tomorrow and Sunday.

Voice 123 launched the SmartCast system 4 1/2 months ago and I haven't been too pleased with how it has worked for me. In fact, I made fun of it here. But, SmartCast did land me this TV commercial for a bank in Kansas and I am looking forward to being the voice of a car dealer in Guelph, Ontario after an advertising agency apparently found me through Voice 123 this month.

Kansas is known as the Sunflower State. Now, spitting sunflower seeds is a popular thing when we go to baseball games. The big sunflower seed company out there is called Spitz. My friend, Guy Kawasaki, just wrote about a "spit party" on his blog. It doesn't involve sunflower seeds per se but unlocking the secrets of your own DNA. The company involved is 23andMe. Interesting pictures Guy - but I preferred your hockey references:)
Posted by Ralph Michael Hass at 3:57 pm 2 comments:

The 16th was sweet for the Sabres! A 4-1 win over the Montreal Canadiens! We play them in a home-and-home series next Friday
and Saturday so hopefully we will "french fry" them again...

"The French Connection" for Buffalo had their jerseys retired together on November 15, 1995. There were no number 16's playing
in the game last night as both have been retired:
Pat LaFontaine for Buffalo early last year and Henri Richard for the Habs in 1975. 16 could be considered bittersweet for Lafontaine as he suffered a career-ending head injury in a game vs. Ottawa on March 16, 1998.

The Vancouver Canucks had an easy 6-2 win last night against Minnesota and their popular #16 had his first goal of the season!
Trevor Linden is in his 16th season with the Canucks (19th overall).

Two not-so-sweet 16's went at it before their game last Saturday.
Here is the footage as we Ralph 'N' Roll WITh the Punches!
Posted by Ralph Michael Hass at 3:21 pm No comments:

As I said yesterday - and Arnold Schwarzenegger first said in 1984's "The Terminator" - "I'll be back." Arnold was a six-time Mr. Olympia. That title currently belongs to
34-year-old Jay Cutler for a second time. That Jay Cutler is not to be confused with the current starting quarterback of the Denver Broncos, Jay Cutler. You can see him in next week's "Monday Night Football" game as Tennessee visits the Mile High City. Remember, I warned you about the "Colorado Conspiracy." I should also warn you about the duds showing up on "Monday Night Football" lately. This week Seattle beat San Francisco 24-0. First downs favored Seattle 27-6. The Monday before, November 5, saw Baltimore get a measly five first downs in getting pummeled by Pittsburgh 38-7.

Concrete Evidence
Did you know Bronco Jay worked at his dad's Cutler & Son Concrete starting at age six; was pouring concrete by age 10. Meanwhile, Olympia Jay worked at his brothers' Cutler Bros. Concrete starting at age 11. He credits it with developing his physique.
Last week I had the opportunity to be a customer voice in a corporate video for one of the world's largest suppliers of quality cement products. My thanks to Robert Jadah for throwing this "slab of cement" voiceover my way.
On October 4, 2007 in Kelowna, a new, continuous-concrete-pour record took place at the Verve 8 condominium building. It took the entire day for 125 truckloads of concrete to be poured into place to make the 36, 000 square foot suspended slab that acts as the ceiling of an underground parking lot and the foundation of the four-storey 68-unit building.
Finally, let's wrap this up with another sports tie-in featuring Charlie Brown. This article appeared in The Sporting News seven years ago. Paragraph 3 has Lucy's not-so encouraging words of "Throw it in there, Cementhead!" Lucy's philosophy of life is also shared: "If you can't be right, be wrong at the top of your voice!" In closing, I would like to encourage all of my voiceover colleagues by quoting Robert Jadah: "Voice On!"
Posted by Ralph Michael Hass at 8:45 am No comments:

Feather In My Cap

Just like two posts back, I will start this blog with a little movie talk. "Ocean's Thirteen" is out on DVD today - the 13th. Like "Ocean's Eleven" and "Ocean's Twelve", the three amigos of Brad Pitt (pictured in my previous blog post), George Clooney and Matt Damon return and team up with an enemy. "Shrek the Third" is not the enemy but the King - and that one is out on DVD today as well.

I don't know if I could be a King...crowns are uncomfortable and I prefer wearing sports caps. 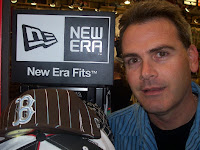 My son Justin snapped this one of me yesterday at one of his favorite stores: West 49. Here is the link for the New Era Cap TV commercial I voiced. It also starts off my updated Commercial Demo reel, which also includes a commercial I did with the Governor of Missouri...Bring on Schwarzenegger in California next!
We could talk about movies as well... "I'll be back" tomorrow...
Posted by Ralph Michael Hass at 4:18 pm No comments:

From movie talk last time to TV talk this time. CBS had a couple of great programs boost its ratings today: 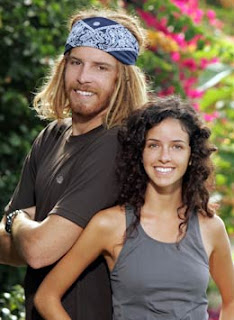 Were you as surprised as me seeing Brad Pitt and Angelina Jolie as contestants on "The Amazing Race?" Don't be fooled by their contestant "names" of Rachel and TK:) We all know Rachel was Brad's ex-wife's character's name on "Friends." The Hollywood makeup can only hide so much here!

Here are 3 recent Sabres openings on MSG-TV featuring yours truly:

October 26 - A TEST against Florida