Hope you had a great Monday! Did the month of April fly by?

‎$how me the money? No thank$

Posted by Ralph Michael Hass at 6:56 pm No comments:

My "linemates" on this public service announcement are Nathan Gerbe and Mike Weber. Become a Green Team member in your community!


Posted by Ralph Michael Hass at 9:04 am No comments:

Two days ago Dick Clark passed away and this was the editorial cartoon in our daily newspaper today: 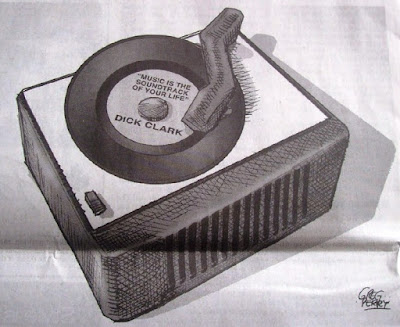 I introduced you to cartoonist Greg Perry (and MY artwork too) 18 months ago.

As a teenager I remember watching "American Bandstand" Saturday mornings at 11 am. I'm from beautiful British Columbia - just like the guys in this classic flashback:

Thank you for ALL the memories Dick!


YOU were part of the soundtrack of so many people's lives!

Posted by Ralph Michael Hass at 4:36 pm No comments:

Too Much To Handle: The 2012 Vancouver Canucks!

With two great goalies, two super (and healthy) Sedins and the Green Men, the Vancouver Canucks are poised for a long playoff run beginning tomorrow! Fasten your seat belts because we are going for the Stanley Cup again:)
It was close - but no Stanley last spring - as the Canucks lost game seven to the Boston Bruins.

Let's be careful out there hockey fans! NO rioting!
Hope your team does well!
Here is my special video tribute created for the Canucks during last year's excitement:

Posted by Ralph Michael Hass at 5:08 pm No comments:

TWO Much To Handle? Calipari, Stamkos, Sabres and their fans

The coach on the left lost out to the coach on the right in Monday night's college basketball final. Kentucky beat Kansas and coach Calipari finally got his shining moment. 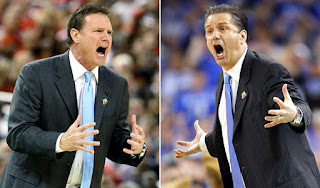 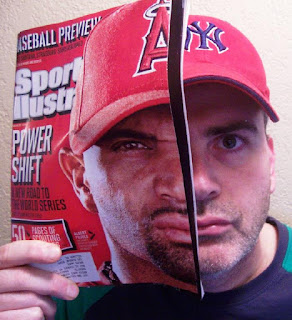 Not as much emotion in my photo here >>>>>
Albert Pujols and myself are ready for the launch of baseball in America tonight. His old team (St. Louis) is in Miami to take on the Marlins while Fat Albert (referring to his bank account!) and the Angels play their first game Friday night against Kansas City.

Just 2 games tonight in the NHL and Steven Stamkos needs just 2 goals to hit 60 as he and the Lightning visit Montreal. St. Louis hosts Detroit in the other matchup.

Stamkos scored twice in the last 63 seconds on Monday versus Washington to save the Sabres' season! Yesterday the Sabres pulled even with Washington in the standings by coming back from three goals down to Toronto and winning 6-5 in overtime! Two games remain for both Buffalo and the Capitals as they each have 88 points in the battle for the eighth and final Eastern Conference playoff spot.

The Buffalo fans are excited to say the least! With last night’s sold-out game vs. Toronto, the Sabres beat the franchise record for average paid attendance per game this season, topping the previous record by more than 450 tickets per game.
Posted by Ralph Michael Hass at 1:47 pm No comments: