Money cau$e$ problem$ in the NHL

Dear NHL owners and players, I tried the lockout approach for 6 days and my client in Calgary couriered a voiceover check overnight! Invoices had piled up since May...now your turn to fix your lockout me$$...I would have really enjoyed the game below...

#NHL lockout has saved us all 2 days of Cody vs Zack discussion. #Canucks would have been in Buffalo tonight #silverlining
— Jeff Paterson (@patersonjeff) November 29, 2012


It's okay though NHL...I'll be taking in a great junior hockey game next Wednesday! The WHL actually cares about it's fans... 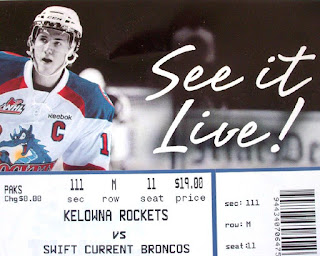 Posted by Ralph Michael Hass at 9:58 am No comments:

Little black pucks will be around for your enjoyment tonight at Rutland Arena as the Kelowna Chiefs host the Sicamous Eagles at 7 pm. Great memories from the playoffs last year as we beat them in round three!

Saturday night the Kelowna Chiefs host Creston before a 2-week break on home ice. Let there be hockey! Maybe even one day again in the NHL...

Posted by Ralph Michael Hass at 10:02 am No comments:

Happy Thanksgiving in the US!


Enjoy the video game references in the movie above and enjoy the football games below today!

I have nine game promos to begin work on for Shaw TV and their WHL hockey broadcasts airing in December and January! Let there be hockey! Maybe even one day again in the NHL...

Posted by Ralph Michael Hass at 9:22 am No comments:

The Buffalo Bills get the national spotlight tonight as the Miami Dolphins visit on Thursday Night Football. Maybe a change in TV announcers will improve the Bills' chances of winning?

The CBS crew of Ian Eagle and Dan Fouts were in the booth the last two Sundays BUT tonight it's Brad Nessler and Mike Mayock. 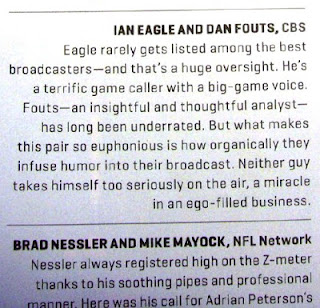 Congratulations to the four new players inducted in to the Hall of Fame!

Posted by Ralph Michael Hass at 9:49 am No comments: