Rolling off the tongue: Teeth

You will see what I mean when you watch this TV commercial I voiced in the Toronto area.

Posted by Ralph Michael Hass at 4:36 pm No comments:

I did NOT watch the big show, The Oscars, on Sunday night. Canada's equivalent is the Genie Awards, which will take place on April 4 in Ottawa. Last night, I did watch a couple of episodes of "Corner Gas" - featuring Canada's funny Oscar.

My voiceover friend on the prairies, Bryan Cox, had a role on "Corner Gas" a while back and talked about it on his blog. Here is a quick montage from Bryan's episode - and just :28 seconds in - you will see his name in the credits. Way to go Bry!

The Oscars two nights ago should have paid tribute to the late great Don LaFontaine BUT they didn't! Thanks for bringing that to our attention Bryan. Stephanie Ciccarelli posted the classic "5 Men In A Limo" video today on Voices.com. Enjoy!
Posted by Ralph Michael Hass at 4:01 pm 1 comment:

Obama in Ottawa/Ralph ON the Radio

U.S. President Barack Obama was in Ottawa today on his first foreign visit. It was a good day trip. The Vancouver Canucks also conquered Ottawa on the ice, 5-2, and are on a real roll right now.

I did a day trip too - heading south to Penticton, BC.
Penticton is NOT Hockeyville.

The Buffalo Sabres were tied 3-3 tonight against Philadelphia until there were 14 minutes left in the game; then the Sabres went lame. The Flyers got a couple of empty net goals too so the 6-3 loss wasn't as bad as the score looks.
Posted by Ralph Michael Hass at 7:13 pm No comments:

There will be NO upbeat MSG-TV opener from me tonight.
There was a tragic plane crash last night in Buffalo. Many Sabres players live in the area and they talked about the tragedy earlier.

My voiceover friend in Buffalo, Peter O'Connell, emailed this morning
and I would like to echo his sentiments:
"As is the case with any tragedy, when the passenger list is
announced many lives will be changed forever. So I would like to ask
you - whatever your religious persuasion - to please say a prayer for
the victims of the crash...those on the plane and those left behind.
Today our city is heartbroken." 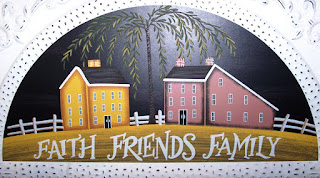 Posted by Ralph Michael Hass at 1:24 pm No comments:

The Vancouver Canucks are playing in Phoenix tonight and handling VO (voiceover) duties on the TV broadcast here is JOhn Shorthouse with color commentator JOhn Garrett. On the radio side, JOey Kenward is calling the game. Former Canuck, Ed JOvanovski (Jovo Cop), is on the blueline for Phoenix now. He also used to be with Florida, just like Phoenix's second leading scorer this year, Olli JOkinen. Olli was traded from the NY Islanders to Florida in the summer of 2000, along with Roberto Luongo, in exchange for Mark Parrish and Oleg Kvasha. JOvanovski and JOkinen both assisted on a late second period goal by Derek Morris past Luongo.

JOaquin Phoenix had a strange appearance last night on "The Late Show with David Letterman." He did a horrible job in promoting a new movie or a "new" career as a hip-hop musician. There is a picture here and an article from The Washington Post. VERY bizarre! When I saw that photo, I thought he was trying to fit in with ZZ Top or something...

Last night, the Buffalo Sabres debuted a very special video before their home game against Ottawa. It will be running before every other home game this season too as they fight for the playoffs. The story behind the video and the video itself are here. Wish I could be in the building tomorrow for all the atmosphere as the mighty San JOse Sharks come to Buffalo! Listen for my opening VO on MSG-TV. In the meantime, here is another VO I did in December when another California team came to Buffalo. Warning: there is a bit of Christmas music:)
Posted by Ralph Michael Hass at 7:14 pm No comments:

I have some recent voiceover work here with video footage that includes:

Sounds like a clip involving Mixed Martial Arts? No thanks. The latter two are Buffalo Sabres' openings on MSG-TV. Both aired on a Friday night and featured some fisticuffs. By the way, we beat Montreal this past Friday, 3-2. The first opener ran against the Maple Leafs December 12/08 and the second against the New York Rangers a month ago on January 9/09. Check it out here. But first enjoy this one-two punch:

This is my 100th post! Maybe my last one should have paid tribute to Wayne Gretzky - #99? The Sabres saw "the Great One" on Saturday as Buffalo blanked his Phoenix Coyotes, 2-0. Phoenix came close in yesterday's Super Bowl classic but the Arizona Cardinals lost to Pittsburgh, 27-23. Can you believe James Harrison's 100-yard interception return for a touchdown as halftime hit? Topping that was Super Bowl MVP, #10 Santonio Holmes, keeping his feet in bounds and hauling in the winning touchdown pass with 35 seconds left in the game! Talk about playoff inTENsity!

Other sports highlights I would like to bring to your atTENtion:
Last Tuesday, the Sabres scored 10 goals in embarrassing Edmonton, 10-2. It all started just 10 seconds into the game as Drew Stafford got his 10th goal of the season. He would add two more to finish the night with 12. Drew is the nephew of longtime Oilers equipment manager Barrie Stafford.

This past Friday in Kelowna, the Rockets bombed Medicine Hat 10-1. Before the game I had a chance to meet Rockets Skills Development coach, Kim Gellert. Nice guy who also happens to be employed by the mighty Sabres as an Amateur Scout. Have a look here near the top of the list. Kim is #15 on the list while another Amateur Scout, Bo Berglund, is #10. Belated Happy Birthday to Rockets/Sabres draft pick, Tyler Myers, who turned 19 yesterday.

The famous "Russian Rocket", Pavel Bure, wore #10 for the Vancouver Canucks. I am guessing Canuck fans would have preferred him here (right now!) than 37 year-old Mats Sundin, who has only mustered two goals in his first nine games. Sundin is a minus 6 with 16 penalty minutes. Ouch! Mats (or Moses - as Flames GM Darryl Sutter referred to him) turns 38 next Friday - the 13th. That makes him older than Bure, who turns 38 on the final day of March. Pavel had 254 goals in his days with the Canucks.
It was 10 years ago in January that Bure was traded to Florida. I came across that tidbit in Hockey Now, who just had their 10th anniversary.

Posted by Ralph Michael Hass at 8:16 pm No comments: