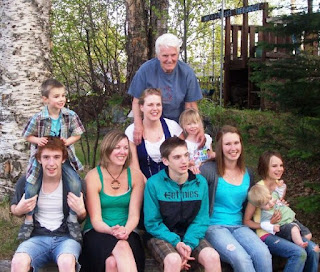 Nicole is under her arm along with little Layla while my son Justin has Dryden on his shoulders in the front row. Nicole's sister, Jessica, is in the green tank top with Jordan and Ashley Hass on the right. And we can't forget Racquel and Nash...
Posted by Ralph Michael Hass at 9:32 pm