Props for Sam and The Fonz!

Some fun props surrounded me on the set of my first movie on the 14th last week! 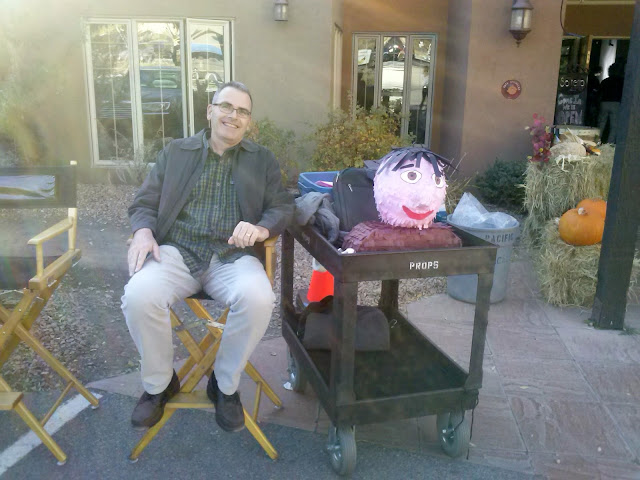 I was a background performer in a couple of different scenes after getting up before 4:00 am and working until almost 6 pm. The Hallmark movie of the week should be coming out around Valentine's Day in a few months.Until then, my lips are sealed...

I had the chance to chat with a veteran background performer named Sue H late in the day. With over 30 years in the biz, she said her favorite actor to work with was Henry Winkler, followed by Sir Anthony Hopkins. Of course, Henry Winkler was known as "the Fonz" back in the '70's on "Happy Days" with a trademark leather jacket! I am wearing one above - which was not my own. Production on the office scene I was involved in was held up as they tracked down a leather jacket for me.

Henry Winkler was one of the celebrity speakers yesterday at We Day at Rogers Arena in Vancouver. Have a look at the photos here as young people are empowered to change the world!