With Mother's Day coming up this weekend, what a great tribute NBA MVP Kevin Durant paid his mom in his acceptance speech yesterday! 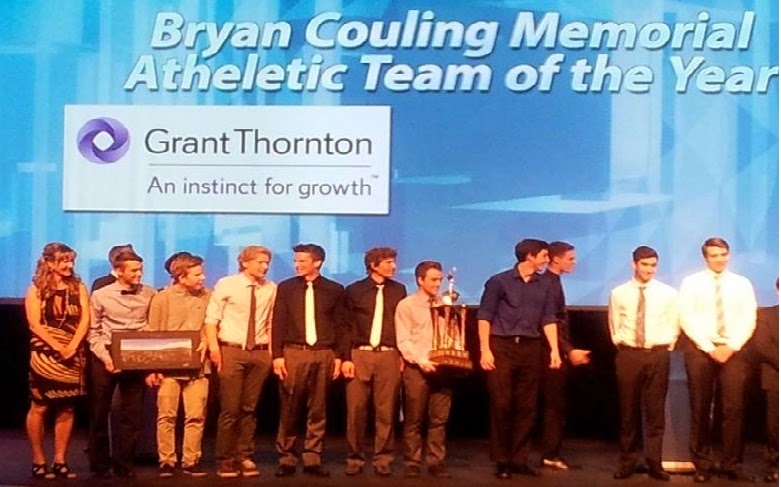 Speaking on behalf of the team, Ryan Linttell (who's mom, Eva (far left), coached the team), said: We're such a tight group of guys and we're really a brotherhood and I feel really honored to have the voice for our whole team. I'd really like to thank all of our parents first and foremost because they have been there for every basketball game, every practice and driving us out. Every tournament we had a huge support team out there for us! Honestly, this is one of the nicest group of parents and players I've ever had the pleasure of knowing.

The Nashville Predators named Peter Laviolette as their new coach yesterday. Apparently this boy was a little young for the job - even though his speech was quite motivating...