April 12th and here is a list of 12 skill sets that will help you to refine your current skills and develop new ones in the world of voiceover. They all start with the letter C and come from voice over instructor and performer Marc Cashman.

The NBA playoffs will be starting soon and I think the Cleveland Cavs will win the championship!


The NHL playoffs start in two days and the C-Avs (short for Colorado Avalanche) are the eighth seed in the west taking on the number one seed, the San Jose Sharks. I am not sensing an upset there but I will go out on a limb and predict the Vancouver Canucks (third seed) will lose to the Los Angeles Kings (sixth seed) in the opening round here in the west. In the eastern conference matchup between the third and sixth seeds, Buffalo and Boston, I am of course taking the Buffalo Sabres - in six games.
To borrow from Tim Hortons: Boston Cream! 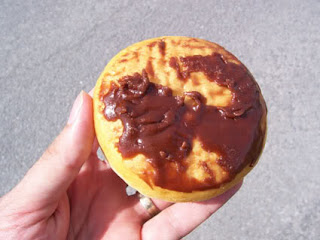 Alright, who is getting a 2-minute penalty for (licking the) icing?
Posted by Ralph Michael Hass at 8:41 pm