No one brought hockey and coffee together better than Tim Horton.
Here is the first Sabres Hall of Fame vignette I would like to share of the 30 that I had the privilege  of narrating for this milestone season.

Posted by Ralph Michael Hass at 1:57 pm No comments:

NHL Milestones: 500 or Bust with a Lot of B's & Kelowna Rockets!

Congratulations to former Kelowna Rockets defenseman, Tyson Barrie, on his 500th NHL game last night! Toronto won it's game, 3-1, against the LA Kings. I'm looking forward to being behind the camera again tonight at the Rockets game📹
Former Vancouver Giants forward, Brendan Gallagher, hit that same milestone on October 30th for Montreal against Arizona! Game 499 was against Toronto. There is TOO MUCH Toronto coverage on Hockey Night In Canada!

500 career assists for Patrice Bergeron of the Boston Bruins😮
That took place on November 2 versus Ottawa!

Catching up from the spring, another Vancouver Giants alumnus, Milan Lucic, recorded his 500th NHL point on March 30th in Edmonton against Anaheim. He was traded to the other Alberta team, Calgary, in the off-season.

On March 28th, Victor Olofsson made his NHL debut for the Buffalo Sabres at home against Detroit. He became the 500th player ever to play for the Sabres! He is from Sweden and that's where the Sabres have two upcoming games against Tampa Bay.

Jake Muzzin of the Maple Leafs played in his 500th game on February 6, 2019 in the Battle of Ontario versus Ottawa.

Jay Beagle of the Canucks appeared in his 500th game on February 4th against Philadelphia.

Brandon Saad of the Blackhawks scored against the Sabres in his 500th NHL game on February 2nd.

Bryan Little hit 500 career points on January 11 for the Winnipeg Jets against Detroit.

Jason Pominville reached the milestone of 500 points with the Buffalo Sabres on October 30, 2018. His career total is 727 points as the soon-to-be 37-year-old forward has not played for an NHL team this season.

Here was the 500th career point of another Kelowna Rockets alumnus on December , 2017. Not a "blast from the past" (or point) but a quick snap to get the job done☑️

Posted by Ralph Michael Hass at 12:37 pm No comments:

I bet Tom Hanks is "Sleepless With Seattle" joining the NHL next season!
In the meantime, he can watch the Seattle Seahawks host the LA Rams tomorrow on Thursday night football🏈
Hopefully, it will be home sweet home as last week saw road teams dominate in the NFL. 11 wins for the road warriors but only 4 for the hosts. 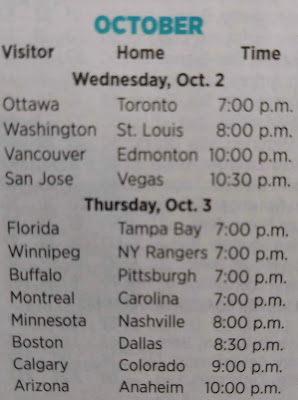 I was at the Kelowna Rockets' home game last Saturday and, as the scoreboard shows, they won convincingly against Everett in front of 5, 000 fans!

I will be back at Prospera Place tonight but working as one of the camera operators for the broadcast crew as the game action, highlights and stats go up on the jumbotron and the game versus the Tri-City Americans is watched by fans on the internet. Very cool to see how it all comes together! 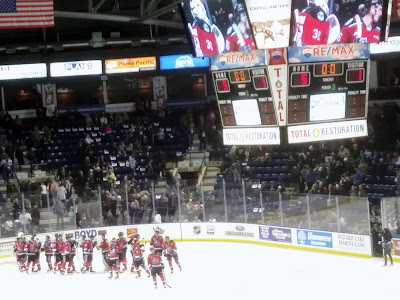 Cue the beach and anchors away! They are on my shirt⚓
It's good to love and laugh at life☑️
We hit the anniversary milestone on the 13th!

Posted by Ralph Michael Hass at 3:27 pm No comments:

Sports Can Be InTENse! Saving the Best for Last🏆


#VO = #VOiceover & #VOlunteering FTW✔️ ... I have signed up as a #volunteer! Hoping to be involved in the #tennis area since #basketball won't be part of the #BCgames action🏀 This is my first year as a 55 year old & our Thursday night gang could have sent a team out - #Summer League just like the @nba! ... #Kelowna #exploreBC
A post shared by RalphH_VO (@ralphhass_vo) on Jul 9, 2019 at 2:53pm PDT

Did someone say TENnis?

As we wrap up, let's remember what a great season it was for the champion Raptors!🍁

Blue(s) in the Forecast🔭& Ralph IS a Raptor⛹️& Actor 🎬

Is there anything better? 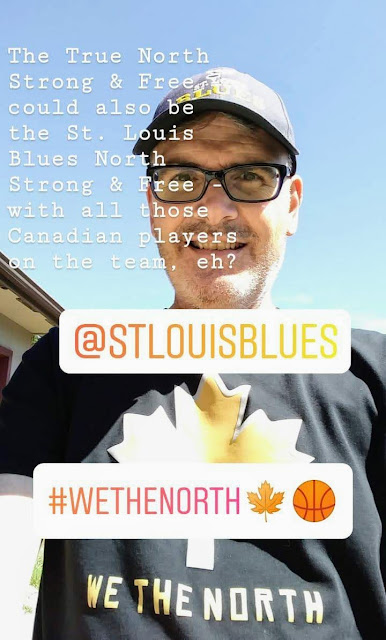 As the saying goes, you CAN have your cake & #Kawhi & eat it too!This is me on my #birthday in March, where I got #Raptors gear 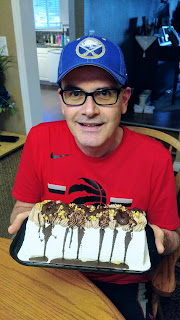 
Looks like I finally got a pet dog (Arthur, to be exact☺️) BUT how come no coffee like other #actors? ... Hot #video footage received today for a #Kelowna real estate development✔️ http://vimeo.com/339588807 ... Thank you for letting me be a part of your #creativity, @agencymedia! ... No words spoken this time by this #voiceover talent🎙️ #SeeingIsBelieving though! Beautiful scenery shot around #KelownaBC 🎥 ... #VideoProduction #KelownaRealEstate #CreativeAdvertising #CreativeMarketing #Actor #VoiceActor
A post shared by RalphH_VO (@ralphhass_vo) on Jun 6, 2019 at 4:27pm PDT

Posted by Ralph Michael Hass at 2:27 pm No comments:

These follow up the mural posted last time. Thanks mom!


#Quilt #KidsArtwork at my mom's retirement community from June of 2006 - the same year the #Hurricanes won the #StanleyCup in 7 games over the #Oilers! #TBT ... Tonight, #TakeWarning or #BunchOfJerks MUST win on home ice against the #Bruins or they will be eliminated from the #NHLplayoffs😱 ... #Sports #quilts #Kelowna #HockeyKids #HockeyIsForEveryone #HockeyIsLife
A post shared by RalphH_VO (@ralphhass_vo) on May 16, 2019 at 12:05pm PDT

I would like to welcome another Ralph to the Sabres! Maybe we will meet next month at the NHL Draft in Vancouver?

No matter where he’s been on the map or in his career, Coach Ralph Krueger has always kept hockey close to his heart.

Posted by Ralph Michael Hass at 12:34 pm No comments:

Hockey and Tax Numbers For the Win!


The #NHLplayoffs begin soon! Our eyes will be focused on the TV while the players' eyes will be looking for a piece of the #StanleyCup! Who do you think is going to win it all? My @instagram post from July 14 of last summer picked the #MapleLeafs to win the Cup so I will stick with that prediction√ They will be playing the #Bruins in the opening round & that should be a great original 6 battle! The #NHLFlames & the #TBLightning are the western & eastern conference points leaders. Will they meet in the #NHLfinals like they did in 2004? The @tampabaylightning won in 7 games that year with coach #Tortorella. He is behind the bench of the #BlueJackets this year & they should surprise some of the #NHL experts this post season! #Kelowna #voiceover #hockey
A post shared by RalphH_VO (@ralphhass_vo) on Apr 5, 2019 at 11:44am PDT


The numbers added up nicely on our #TaxReturn! It was our 2nd year with Gooder Financial Management & Steve completed our returns a day after we took them in√ #ShowMeTheMoney #TaxRefund Steve's address on Tutt Street in #Kelowna is #3017. Brings back great memories of our first home with those same numbers in the lower mission on Lowe Court by the college. Across the road from Steve on Tutt Street is @mediabutton. I briefly worked for them in 2002 when they were located downtown on Leon Avenue. I remember owner Dave Araki would always get parking tickets with his BMW:) Dave can also do #voiceover like me but his company also handles #VideoProduction, #Websites, #GraphicDesign & #multiMedia. #KelownaBusiness #KelownaBusinesses #TakinCareOfBusiness
A post shared by RalphH_VO (@ralphhass_vo) on Apr 7, 2019 at 2:34pm PDT

Posted by Ralph Michael Hass at 10:50 am No comments: